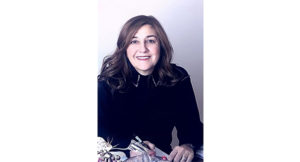 She graduated from Hacettepe University Department of Child Development and Education in 1980. She got her position as an associate professor at age 29 and became professor at 35 and she has been honoured as one of the youngest professors of Turkey.

Her academic studies are focused on language and cognitive development of children. She developed the Acquisition and Development of Turkish Language Scale. Besides, she worked on various national and international projects and research on diagnosis, assessment and program development for gifted and talented children at preschool and school age.

She has worked as the founder and general director of Ministry of Education Department of Special Education and Psychologial Guidance Services between 1992-1995. She is also the founder of Science and Art Centers (BİLSEM) for gifted and talented children which has been developed as a unique model for Turkey after years of research at academia.

She was the director of European Union Leonardo da Vinci Projects entitled; “Assessment of the educational programs for preschool and school age gifted and talented children” and “Advanced development and assessment of diagnosis, educational programs for gifted and talented children and family guidance” which were partnered with Warwick and Glasgow Universities between 2005-2007.

She founded NB Center for Gifted and Talented Children in 2007.

She is the founder of hospital schools which were aimed to provide educational support for hospitalized children. First hospital school was founded in 1993 and reached to a number of 50 today.

She was the head of special education division at Hacettepe University Department of Child Development between 1996-1997 and 2005-2008. She has completed her studies at the University. Now she is attending her studies at NB Center for Gifted and Talented Children. She has several national and international published papers, projects as well as she is a member of several associations.